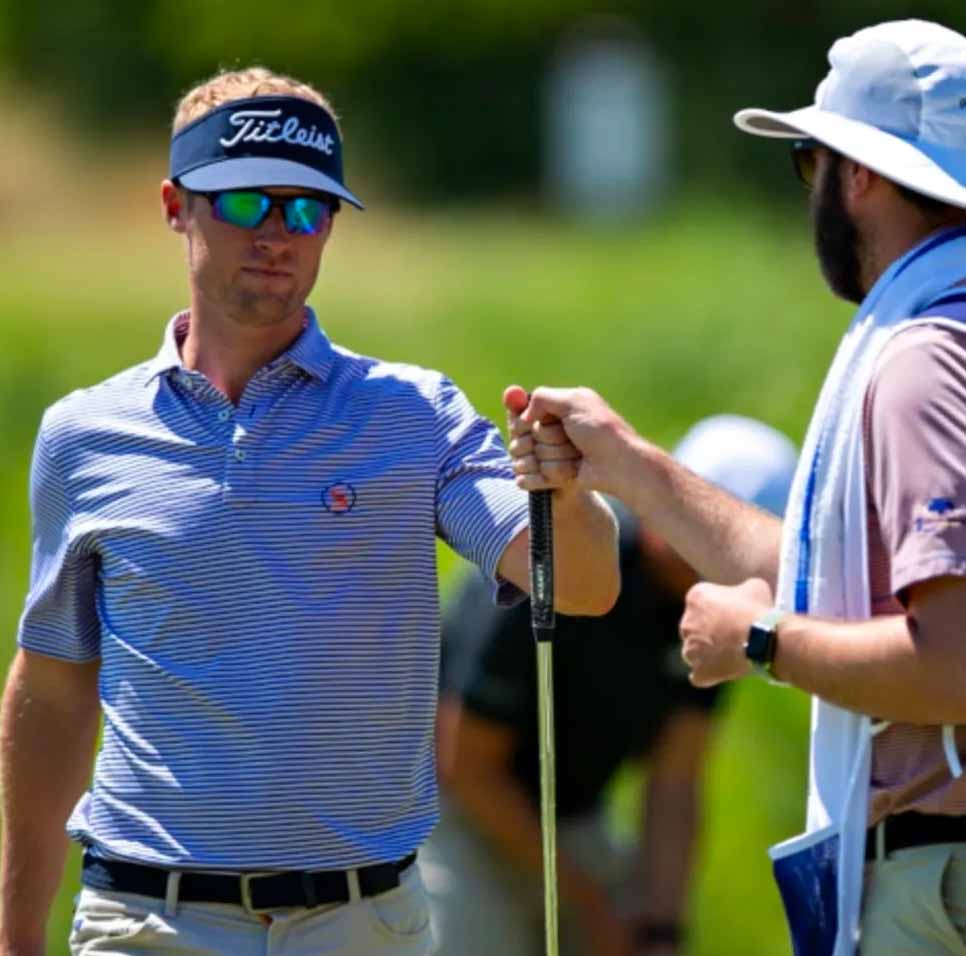 Tyson Alexander earned his first Korn Ferry Tour title Sunday at the Veritex Bank Championship, carding a final-round, 7-under 64 at Texas Rangers GC for a one-stroke victory over Theo Humphrey at 23-under total.

Alexander, a 12th-year pro out of the University of Florida, trailed Humphrey by five strokes entering the final round. After a 3-under opening nine, he surged into the conversation with three consecutive birdies to begin the final nine, and an up-and-down birdie at the short par-4 16th proved the ultimate difference.

With the victory, Alexander moves to No. 31 on the Korn Ferry Tour Points List as he eyes his first PGA TOUR card via the 2020-21 combined season.

“The creativity around the greens,” reflected Alexander of a key to success this week in Arlington, Texas. “There are a lot of options. You can run it up there, you can flop it up there … there are just options, and I like that.”

Here’s what was in Alexander’s bag this week in the Dallas-Fort Worth metroplex.